People for a Better Tomorrow

As we frequently discuss on this site, the society we live in is changing at an unbelievable rate. We have seen a lot of good changes but unfortunately have had to live with tragic ones as well. Fighting is happening around the world as citizens clash in ideology with their governments. The rich are getting richer and the poor remain underprivileged. We also seem to be turning a blind eye at the irreversible damage we are placing on our fragile ecosystem.

In a world with so many negative things going on, it becomes easier for one to lose their faith in humanity. Many people think that we are the cause of our own demise and our morals are on an inevitable downward spiral. Amongst all the crazy events and pessimistic views, there are a select few people that stand in defiance of evil. The following three people are stunning examples of leaders in our society that are setting examples for all of human kind to follow. 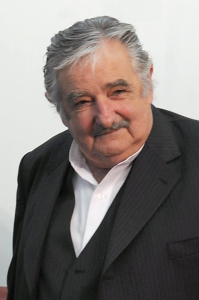 A lot of people like to agree that politicians are the root of all evil. Many lead wealthy lifestyles and indulge in the privileges of their position while ignoring the well being of the masses. Jose takes the stereotyped image of a politician and completely flips it on its head.

As president of Uruguay he has dedicated his life to fighting for the people of his country. He began as a guerrilla fighter that put his life on the line to defy a government that was hurting his people. After being elected president he decided to live the most humble life possible.

90% of his monthly salary as president goes towards charities and people in need. He avoids indulging in senseless privileges and still embodies the attitude of a hard worker. He is a part time farmer and active member of the communities around him, earning him one of the most loved reputations as a political leader. 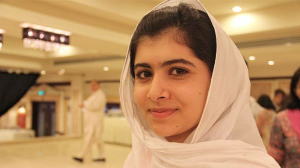 The most astounding thing about this young human rights activist is the fact that she is only 16 years old. A lot of activists have to go up against intimidating opponents. Malala’s opposition is the Taliban, one of the most terrifying and brutal terrorist organisations in the entire world.

Growing up in Pakistan was rough for Malala and she had a bitter resentment of the way that the Taliban prohibited girls from getting an education. She consistently spoke out against the policies and her voice eventually caught on.

As she gained popularity she caught the eyes of the Taliban. They attempted to assassinate her and failed after shooting her twice. This terrifying attempt on her life didn’t stop Malala from doing what she was passionate about. To this day she continues to raise awareness in hopes that someday all children of the world will have the right to a proper education. 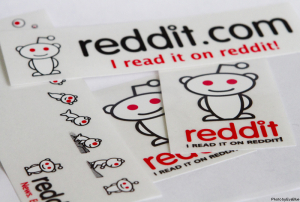 Reddit has been referred to as the go-to humour and information source on the internet. Every day tons of different trending memes and articles are posted to the site. But why are we choosing a huge collection of internet jokesters to feature on this list? You should ask Scott Widak that question.

Widak is a man that is suffering from severe liver issues and down syndrome. One of his favourite things in the world is receiving mail. It has provided him with comfort and excitement throughout his rough journey. When his nephew told his story and put the PO box on the website, viewers responded in an amazing way.

In no time there were hundreds of packages, letters, and gifts being sent to Scott’s doorstep. He was flooded with mail from people who visit Reddit and gets to open up a few more things each and every day. It just goes to show you that even the comedians of the internet are doing amazing things for humanity.