The Sinking Canadian Dollar: The Tip of The Iceberg?

Home/Finance/The Sinking Canadian Dollar: The Tip of The Iceberg?
­

The Sinking Canadian Dollar: The Tip of The Iceberg?

The Canadian dollar, also known as the Loonie, slumped on Tuesday after a host of disappointing economic data was released. The sinking Loonie is the continuation of an ongoing trend that could indicate further losses in upcoming months. The current data may be just the tip of the iceberg for the struggling Canadian dollar.

Meanwhile, the strengthening dollar could get another boost this week if the December non-farm payroll report is as strong as projected by analysts. Some experts predicted the US unemployment rate could fall as low as 6 percent by the end of 2014, giving the Obama Administration and the USD a much-needed boost.

If the unemployment rate touches the 6 percent mark, look for the Federal Reserve to take aggressive tapering measures, which would only strengthen the USD further against the Canadian dollar. As it is, many analysts project the Federal Reserve may increase tapering after the December jobs report. Janet Yellen will take the reins at Fed beginning in February so current chair Ben Bernanke can go out in style with another tapering announcement before his retirement.

Behind the trade deficit is the strong possibility that Canada’s annual GDP is also taking a serious hit. Canada’s Ivey PMI was also sour, hitting its lowest mark in three years. December’s Ivey PMI dipped below the 50-line to 46.3, a figure that surprised analysts who had projected a rating of 55.0.

To add to the weak data, trade deficit news from across the border was much stronger than expected. The US trade deficit for November came in at -34.3 billion, well ahead of the -40.2 estimated deficit.

The Real Crisis Is Housing

Canadians have debated the symptoms of a serious housing bubble for months. In efforts to slow the rising prices of real estate, the Bank of Canada tried tightening lending practices and is reported to be considering rate increases for residential mortgages. 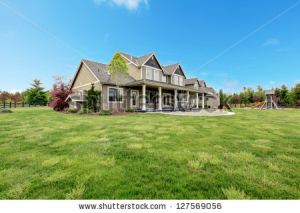 On January 3, 2014, the Wall Street Journal reported that residential investment has risen to 7 percent of the country’s GDP, above the percentage of GDP US housing was at the peak of the market in 2007. The growth of the industry is also significantly outpacing the growth of population.

The IMF reported that Canada has the most expensive homes in the world based on house-to-rent ratios. The surplus of condo construction has rippled through the rental marketplace driving prices lower and lower. The rising prices are not confined to the Vancouver and Toronto markets.

But, the rising prices only touch on the surface of the bigger problem. Canadian homeowners are consuming at high rates. They are piling debt onto their newfound home equity. Household debt now sits at almost 100 percent of GDP, very close to where the US was at the peak of its housing bubble.

When the US bubble burst, the typical homeowner lost 30 percent of their home equity in one fell swoop. The Canadian bubble may not be as immediately painful because the lending community did not offer low down payment loans but the piling on of equity loans will take a big toll if the market lags.

Canada has all the symptoms of a major housing bubble about to burst.