It’s pretty common to see someone ordering their dog to do little tricks for everyone to watch. They sit, rollover, and shake hands all for a little treat. What most people don’t realise is that the intelligence and usefulness of animals goes far beyond these simple tricks, especially during wartime.

As crazy as it may seem, animals in war has been a familiar concept from thousands of years ago up until right now. They have been used for transport, combat, surveillance, and medical attention on the battlefield. We aren’t talking just horses that knights ride on either. The animals are much more exotic than you may think.

These creatures have been used in areas of India and China from as far back as 1100 BC. The massive animals are relatively easy to mount and carry gigantic loads of supplies with. They trek soldiers through rough terrain and give them protection from enemies on the ground. The most recent use of elephants in warfare was by the Japanese during WWII.

Dogs have become one of the most popular war animals because of their high intelligence, versatility, and physical ability. Their keen sense of smell is used often to sniff out bombs, find enemies, and locate lost allies. They also provide considerable protection with their strong jaws and sharp teeth. The most common breed of military dog is the German Shepard.

War pigs were used to counteract the use of elephants in war. The pigs would be sent running and squealing towards the enemy. This would frighten the elephants and create a dangerous state of panic. 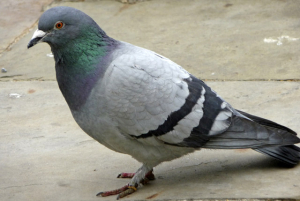 Pigeons are far more than the first fast traveling mail service during wartime. They military have found they are quite useful agents of espionage as well. The CIA developed cameras to be mounted on to the swift birds to take quick snapshots of top secret activity in the 1970s. There was also a proposal during the second world war that suggested they used pigeons to guide bombs towards the enemy. 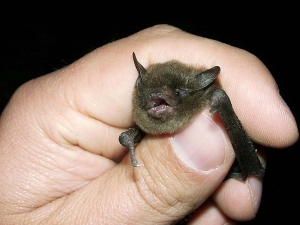 These nocturnal critters may be blind but that doesn’t mean they aren’t useful in warfare. One US military project called “bat bomb” attached tiny bombs on to a Mexican breed of bat. The bats would be sent to infest the wooden rooftops of the enemy and promptly burst into flames.

During World War 2 the British found a rather odd use for rats. They would take rats that had died and hide bombs inside of their bodies. After they did this they would stash the corpses of the rats in areas like factories where people would normally see them. When the person that discovered the rat tried disposing of the body in a furnace, they would be met by a large explosion.

Throughout history, war animals have came and gone. Because of animal cruelty laws, the use of animals in warfare is much less common than it was years ago. Now one of the only widely accepted types of war animal is the dog. The military still uses canines regularly for surveillance, protection, and their keen sense of smell. Who knows though, maybe the CIA has an undercover monkey spy program they aren’t telling us about.