Have Your Tech and Wear it Too

The technology surrounding us is nothing short of astounding. This is especially true when you consider the fact that only a few hundred years ago a toilet that flushed was impressive. Competition amongst companies to have the most advanced technology is getting more intense with each passing year. In 2014, it looks like the big names in electronics will be focusing on the a new trend: the best wearable tech. 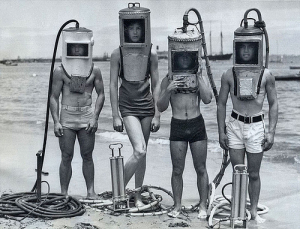 Ok, don’t expect Google to invest in this one.

So what exactly is wearable technology? Well we are all familiar with normal tech like smart phones and laptops. A decade ago these things would impress us, but now the bar has been raised. People are drawn to technology that you can actually wear on your body. Because of the appeal and convenience of the concept it is becoming one of the hottest trends amongst the largest companies. 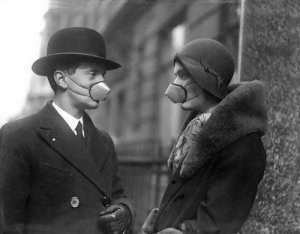 Science has eliminated the social taboo of farting.

The use of eyeglasses has been popular amongst humans for quite a long time. They are used to improve vision, shield eyes from the sun, and make a fashion statement. Now companies looking to create the best wearable tech have found they yield much more benefits than these traditional three.

After starting out as a small search engine, Google has expanded its influence far beyond its original borders. Their latest innovation is this sleek and modern set of futuristic eyeglasses. The inside of the glasses uses cutting edge technology to display text, pictures, and video while still being very close to the eyes. 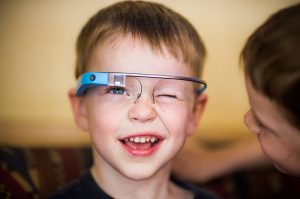 Using voice commands you can search the web, control apps, and even capture video with just the glasses. Keep your eyes peeled for future innovations behind these new glasses as they set the precedent for wearable technology in 2014.

Jon Rodriguez and all of the other brilliant minds at Vergence Labs have worked hard to announce the release of their newest breakthrough in 2014. These glasses use a wide lensed camera and a compact super computer to innovate the way we use wearable tech.

The camera picks up hand motions to control certain apps and features with the glasses. As this article states, drones are a cutting edge development in our technology. These glasses can actually be used to control drones with just hand gestures! It looks as if the wearable technology in 2014 will be colliding with the emerging drone technology.

Just like glasses, watches have also been a long time companion in our wardrobe. They help us stay in sync with the world by telling us the time, month, date, and year. In 2014, make sure to look out for smart watches as they bust out on to the best wearable tech scene.

This band is a lot like your fitness sidekick. With the stylish piece of technology hanging from your wrist you can take advantage of the multiple features to stay on track with your fitness goals.

It comes with a built in heart rate monitor to see how fast your heart is beating during a workout. You can also use it to track your sleep and make sure that you are getting an ample amount of rest. Skin temperature monitors, perspiration measuring, and a pedometer are a few other features this band comes jam packed with.

There are a lot of watches like the Basis Band mentioned above that focus on fitness. The Pebble watch focuses more on connectivity with the online world. It is the leader in compatibility with smart phones and stylish to boot. 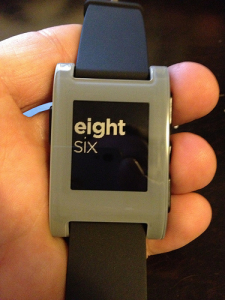 Hook up your Pebble watch to your smart phone and receive instant notifications displayed right on your wrist. They also have built in features that allow you to wirelessly control your music with Bluetooth. There are plenty of applications that already work with Pebble and many in development as we speak. With future developments on the horizon this watch will most likely make the list of best wearable tech to look for in 2014.

So what do you think? Will you be one of the many people investing in wearable technology in the next year? Where will it go? Will our entire outfit connect to a smartphone a decade from now?