Throughout history, a small number of men and women have managed to wield an unbelievable amount of power over the rest of the population because of their position, their wealth and their influence. Here’s our list of the 10 most powerful individuals that have made an impact on our society today: 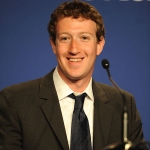 Facebook’s Cofounder and CEO Mark Zuckerberg changed the way people communicate. With over 800 million users, Facebook is a true powerhouse. However, what really makes this young CEO so special is the fact that he gave away shares worth $500 million towards education, doesn’t spend money on expensive clothes and doesn’t seem to have a very fancy lifestyle.

Lessons worth learning: An important lesson to learn from Zuckerberg’s story is that no dream is too big, even for a college dropout.

Larry Page is the CEO and the cofounder of Google, the search engine that processes over a billion searches each day. With partner Sergey Brin, Larry Page managed to start a company that employs over 30,000 people today. Their donations exceeding $400 million in a single year haven’t gone unnoticed either. With limitless access to cash, Page is currently spending his fortune on a number of ambitious projects.

Lessons worth learning: When you have resources at your disposal, don’t be afraid of using them for what you truly want. 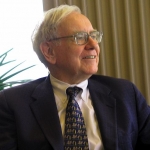 Warren Buffet is the CEO of Berkshire Hathaway and a self-made billionaire unlike any other. At age 83, he is as strong and as powerful as ever, making impressive deals like picking up Heinz and NV Energy and also giving away billions to charities he really believes in.

Lessons worth learning: You’re never too old to do something worthwhile. You don’t have to spend hours in a boardroom like Buffet but you can still make a difference in your own way. 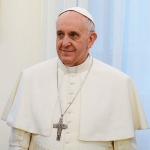 Pope Francis of the Roman Catholic Church is at the helm of the largest religion in the world, with over a billion followers looking up to him to be guided in the right direction. Pope Francis is quite unconventional since he uses social media to preach and advice his followers. His Twitter account has more than 3 million followers.

Lessons worth learning: Everyone has to move forward and keep up with the times, even the Pope. 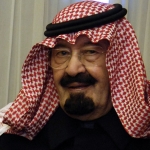 Abdullah is the king of Saudi Arabia and an influential figure even at the age of 89 because he controls 18% of the world’s oil reserves. As the monarch of one of the richest countries in the world with a GDP of more than $900 billion, he has a commanding position. More importantly, he is generally well liked and respected by the public

Lessons worth learning: You don’t have to be flamboyant or imposing to gain respect. 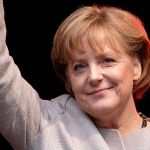 Angela Merkel is the Chancellor of Germany and one of the most influential women in the world. She competently managed to steer Germany out of recession, plays a vital role in the European Union and is a leader of the biggest economy in Europe. Known for her composed, collected and down-to-earth character, Merkel can be quite ruthless and is not afraid to speak up when she feels strongly about something.

Lessons worth learning: Act only after you think things through and once you decide to act, don’t let anything stop you. 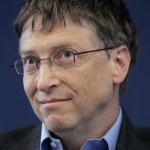 Bill Gates wears many hats. He’s the man behind Microsoft, a self-made billionaire who is currently the second richest person in the world and the Co-Chair of the Bill & Melinda Gates Foundation. He is even more important because of his efforts towards distributing vaccines and improving global health. In fact, he managed to convince six of his billionaire friends to cough up a whooping $335 million for eradicating polio.

Lessons worth learning: Making money is important, using it for the right purpose is even more important.

At age 60, Xi Jinping is the General Secretary of China’s Community party and a political leader of paramount importance. This serious and pragmatic man leads a nation with the population of 1.3 billion people, is the guiding force of a massive economy and owns $1.3 trillion worth of U.S. securities. However, he still remains low key and hard working.

Lessons worth learning: Old fashioned virtues like hard work and humility never go out of fashion. 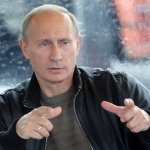 Russia’s President Vladimir Putin recently came into the limelight because he managed to wheedle out a UN agreement for chemical weapons in the face of the Syrian crisis. This incredibly wealthy president leads a country with one of the largest gas and oil reserves, has a nuclear-ready army and has an important role in the UN Security Council. He also managed to save Russia from economic collapse and introduced some good reforms in the country.

Lessons worth learning: When the opportunity presents itself, know how to take full advantage of it. 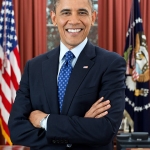 Net Worth: $12.2 Million
Obama might have lost to Putin in Forbes’ list of the most powerful people in the light of the government shutdown and the criticism of Obamacare. However, there’s no question that Obama still remains the most powerful man in the world today. As the president of one of the most powerful countries in the world and deadly military powers, Obama’s influence can be felt throughout the world. This courageous leader is unconventional, perceptive and is not afraid to make tough decisions.

Lessons worth learning: Don’t base your decisions on what others may think. If you believe in your ideas, follow them through the end.