Home/Health/Fact or Fiction: Are Anti-Ageing Treatments Worth the Fuss?
­

In our society, the media plays a huge role in cultural development. It shapes the stereotypical expectation for the masses through advertising, entertainment, and any other relevant industry  in pop culture. One negative side effect of this is the degradation of self-confidence. The population is being fed the altered images of celebrities and consequently they develop a distorted idea of what the average person should look like. One of the most extreme measures people take, is to try and perfect their appearance is through anti-ageing procedures.

Growing old is a perfectly natural part of life that we used to be completely fine with. Now that the media has such an impact on culture, we commonly see nothing but the youngest and most physically fit stars on our television screens. When signs of aging settle in, the appearance is being pulled further away from the socially accepted idea of perfect appearance.

When the sight of wrinkles and grey hairs gives people a discouraging outlook on their appearance, some take drastic measures to prevent them from developing. A lot of different products claim to help alleviate signs of ageing but none are shown to prove as effective as botox and facelifts.

The cosmetic use of botox dates back the late eighties in thriving areas like California. Doctors learned that they could use a previously under studied toxin called botulinum, which is actually a type of food poisoning. By injecting this toxin into the face, you can significantly reduce the development of wrinkles around the eyes and mouth. 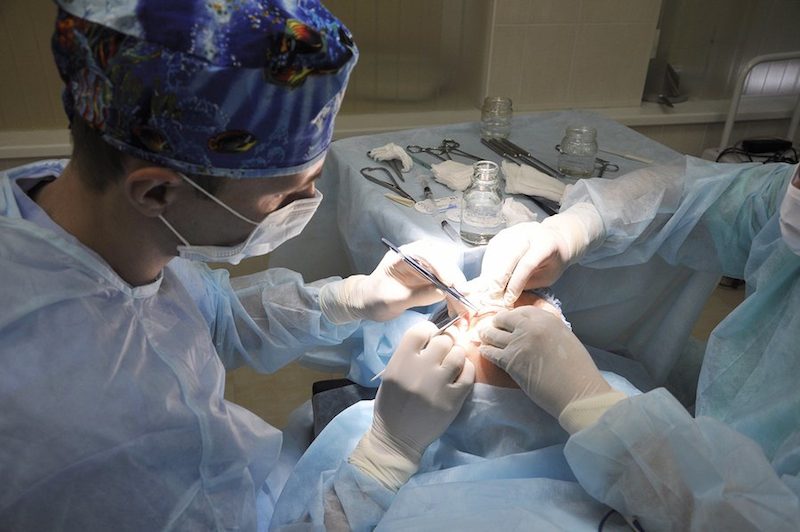 The facelift takes anti-ageing to the next level by utilising surgical methods. Doctors take away excess skin on the face in an effort to make the patient look younger. An incision is made near the hairline and cut along the length of the ear. The doctors than lift your skin up from the muscle and pull it tighter to measure how much skin needs to be removed.

These procedures are popular for a reason, they do present immediate results. The problem is that when people see how much younger others look after resorting to these methods, they instantly flock to them. The procedures may help fight signs of ageing but they require maintenance. Botox is only estimated to last around 4 months before you need another shot. Facelifts are often pointless unless paired with other surgeries like brow lifts, neck lifts, and liposuction. If you don’t go about maintaining the altered appearance, it could eventually lead to an even worse look.

The Dangers Behind Them

These anti-ageing procedures also come with negative side effects that may deter you from using them. A botox injection can cause instant pain and briefly after the shot, patients have experienced headaches, bruising, bleeding, and swelling. In more serious cases people have developed flu symptoms, drooping of the muscles, and respiratory infections.

Facelifts aren’t the safest alternative either. The surgery can leave vulnerable areas of your skin prone to infections. Because of this patients are required to take frequent doses of antibiotics after the surgery. During the lengthy and painful healing process a patient may notice the development of scars and red lines near their ears. Facelifts also yield potential damage to facial nerves and can leave spots of your face numb for the rest of your life.

So are facelifts and botox an adequate way to deal with aging? Some may argue that if celebrities could do it, us common folk should be able to as well. But if you consider the potential dangerous side effects it doesn’t really seem worth it.

Most importantly, we should be embracing our old age instead of trying to mask it. Everybody eventually grows old; it’s an inevitable part of life. If we try to hide signs of ageing as if they are taboo then we are setting up a preconceived notion that the inevitability of ageing is a bad thing.

All in all, we aren’t trying to shame those who do resort to these methods to hide their old age. We are just advocating that people should embrace the beauty of life and quit trying to hide the forces of nature acting upon them. It seems like a silly issue to risk dangerous side effects for.

What do you think about anti-aging procedures? Would you ever get one? Let us know with a comment below!