There is almost no headache bigger than the one that comes from commuting to work. The streets are congested when you’re late, if you take a train it gets crowded and dirty, and it seems like there is never enough coffee to get you through all the madness. Many people have turned to biking as a clean and stress free alternative for transportation. Biking is great but in a crowded city it can be a difficult and inefficient way to get from point A to point B. London’s new SkyCycle program looks to the sky to the skies to solve this problem.

We know, flying bikes might seem like a Hollywood novelty associated with small aliens in the front basket. But the SkyCycle program is a realistic approach at bike transportation dreamed up by popular architect Lord Norman Foster. Foster wants to launch an extensive network of bike paths standing above the railways in London. 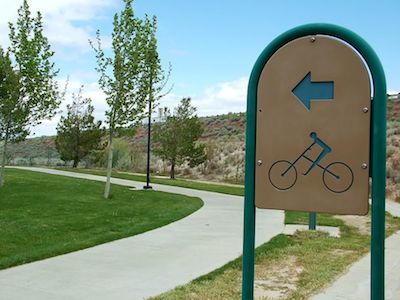 The entire proposed network of trails would be accessible to over six million residents of the city. More than half of these people would actually live around ten minutes from the nearest entrance to the trails. The paths would be about 15 meters across and could safely handle up to 12000 bike riders in a single hour alone. It is estimated that on average, a person using the SkyCycle program would save a half hour in their travels. Since the paths would be elevated above the railways, they wouldn’t interfere with the architecture of city life.

Benefits of the SkyCycle Paths

The plan took inspiration from a previously dreamt up program known as the California Cycleway decades ago. The planning and funding for the California project failed and with the boom of the automobile industry, it quickly failed. Foster saw promise in an idea like this, especially with the world focusing more on green transportation. He believes that by encouraging biking, the SkyCycle will have a positive impact on our society in the following ways:

First off, it will make travel much safer for bikers. They wont have to worry about collisions with pedestrians or vehicles while zipping around over the heads of citizens. It will also help people

Riding your bike is a great cardiovascular exercise that can easily improve your overall health. If people take advantage of all the incentives this system has to offer, they will reek the benefits of a healthier lifestyle as well.

When you consider the amount of ground you cover in such a short amount of time, biking seems like a pretty significant alternative to hauling around a vehicle or walking. If the SkyCycle program ruled the skies, bikers could make even quicker timing when roaming the city.

The mufflers of cars on crowded roadways are constantly belching clouds of pollution into our atmosphere. It seems evident that our dependence on fossil fueled cars that emit harmful gasses needs to be taken care of. If more people used bikes, it could be a big step towards a greener society. 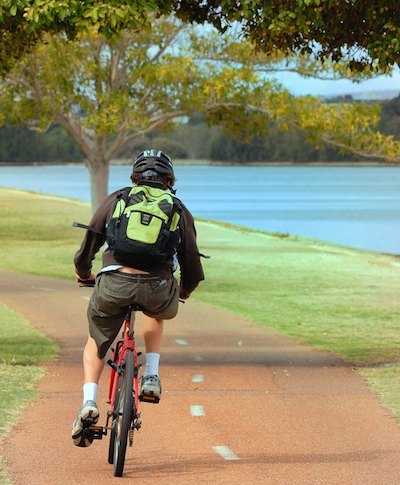 One of the major problems surrounding the SkyCycle program is currently funding. Sadly, cities are already spending loads of money trying to make biking safer on the streets. Because of this there is a particular reluctance in dishing out more cash for the elevated bike paths.

If the program does succeed, architects hope to see a future impact that goes far beyond London alone. They want to branch the system in major cities around the entire planet for optimal benefits. It may take a while, but hopefully this program will help you alleviate the stress of your daily commuting.

What do you think about this new advancement in travel ingenuity? Would you like a SkyCycle in your city?  Let us know with a comment below!