A new breakthrough in medical treatment in America is showing promising benefits when it comes to replacing blood. The scientists at Northfield Laboratories have developed an amazing new artificial blood substitute called PolyHeme. Since fresh blood is not always readily available, people in the health industry have searched tirelessly to find a healthy blood substitute to use in emergency situations. 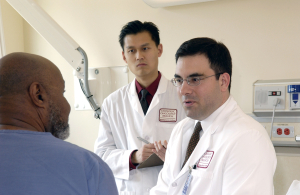 PolyHeme just might be the answer to all of their prayers. With multiple benefits and reliable safety to back it, it wont be long before this substitute is a worldwide medical tool.

One of the major disadvantages of using normal blood transfusions is the shorter shelf life. Normal blood cannot be used after around 42 days, forcing people to constantly restock and throw out blood. PolyHeme can stay good to use for up to an entire year. It also is actually made from the extracted Hemoglobin from expired blood. This means that when a normal blood donation goes bad, the shelf life can be extended by recycling it into PolyHeme.

During the first World War scientists found that saltwater was an effective way to deal with blood loss and restore a stable blood pressure. The one problem with this treatment was the lack of oxygen it would deliver into the blood stream. PolyHeme can effectively deliver oxygen to help prevent damage to important organs in the event of a medical emergency.

Using With Any Blood Type

When someone is injured and needs blood replaced, time is usually of the essence. The different types of blood have always posed a problem for doctors and medical professionals. Taking the time to test for a patient’s blood type is no longer an issue if PolyHeme is used.  It is compatible with any blood type and can be used instantly with anyone.

In the past, blood substitutes have yielded several dangerous health issues. Toxicity problems in them have caused damage to people’s livers and kidneys. For this reason people are approaching PolyHeme with a good deal of skepticism. 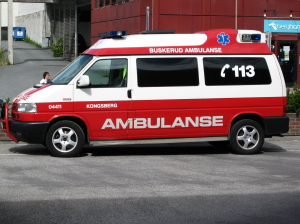 The “Super Blood” substitute has been thoroughly tested and medical experts are assuring the masses that toxicity won’t be a problem. It goes through a rigorous purification process that filters out the toxins and eliminates the risk of viral infection and organ damage.

The only issue that PolyHeme has had with the public is the authorization of use without consent. Several people complained when ambulance operators were given the option to use it freely on patients without asking them first. Once more people discover the safety and usefulness of this substitute the fear of being a medical test subject will likely be eliminated.

The Future of Medicine

The advances we are seeing in bioengineering are exciting to say the least. Artificial organs are becoming safer and more efficient with each passing year. Technology is being used in ways we would never imagine to help with medical treatments. It seems like it won’t be long before there is an iPod app that can heal the common cold.

PolyHeme is one of the biggest advances in medical treatments we have seen in our lifetime. In the first few months it has been around it has already been used to save the lives of people in medical emergencies. If we allow research like this to receive funding and attention, we will most likely see many more exciting innovations in our lifetimes.