Secret Societies and Their Cultural Impact

Home/Culture/Secret Societies and Their Cultural Impact
­

Secret Societies and Their Cultural Impact

Throughout history there have been multiple secret societies that have formed around the world. Most of them keep their meetings, members, and policies hidden from anyone that isn’t involved in them. This article lists a few that have recruited many famous members and hold an important role in society. Since not much is known about them, people tend to engulf the societies with wild conspiracies and accusations.

This society has origins that trace back as far as the 1700’s with fraternities that had stonemasons in them. Their meetings are mysterious and follow strict rituals. One of the signature behaviors of the masons is trademarked through their nonverbal communication. They use signals and handshakes to send messages with other members. 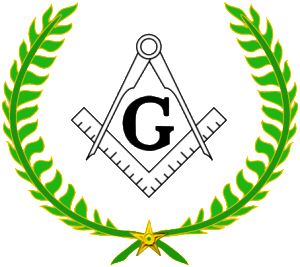 In an effort to keep people from catching on, the signals are frequently changed. The strict organization of the society has served as the model for many other societies that have formed. Also, a good deal of secret societies were founded by freemasons, making their group like a grandfather amongst the societies. There isn’t much known about their role in society since they keep their meetings so secretive. All non-members know is that a lot of prominent political figures have been members and many other groups draw influence from them.

This society gained popularity quickly after forming due to the radical and controversial way it functions. It was founded in May of 1776 in an area of Upper Bavaria known as Ignolstadt. One thing that sets them apart from many other societies is the absence of religious commitment necessary. Some believe that one of the major initial goals of the group was to eliminate the concept of organized religion. Others believe that the main objective of their group is to establish a universal government with atheistic ideas.

When a new Barvarian ruler banned all the secret societies in the area, the original illuminati was suppressed. Since then there have been many other groups claiming they are descendants of the original society. Some are doubtful that they still exist but many others believe the illuminati is still alive and well. 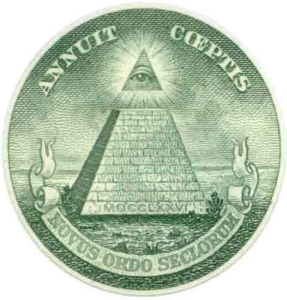 They also suggest they have played a part in the assassination of JFK, the formation of a new world order, and even events during the French Revolution. Other of conspiracies suggest that the group has control over the everyday decisions made in multiple national governments. One of the most common demographics for alleged group members are powerful political leaders and wealthy individuals.

This group started meeting in 1954 in a Netherlands hotel and was organized by several high-ranking government officials. Since then they have met at least once a year, usually in luxurious hotels. What makes this group unique is the fact that there is no standard membership or enrollment process.

People that are invited to the highly secretive and well-protected meetings are usually important figures in government and the military from around the world. The meetings have been kept strictly confidential but many believe that their aim is to make decisions that help cultures from around the world interact in a more understanding way towards each other. People don’t fear this group as much as they do others, since they have been rumored to have good intentions.

This United States based group was established in 1832 at Yale University and has a strict and highly selective enrollment process. Of all the societies that have formed from American fraternities, this is one of the most successful and oldest. It borrows a lot of its ideas and rituals from masonic tradition.

Many of the members of the group have become prominent successful figures in our modern society, including George Bush senior and junior. People suggest that the Skull and Bones has a large network of successful people, making members more likely to succeed with better connections. One of the most popular conspiracies about the society claims that the Central Intelligence Agency was formed by members of the group, although the CIA has released documents denying these claims.

These are only a few of the most well known societies in existence. This Wikipedia article displays how there have been many that have formed and gives more detailed information surrounding each one. Some hold a much more serious role in developing culture than others. Not much is known about them apart from the name. One thing is for sure: their anonymous nature has left them open for controversial accusations.