Whenever you come across an article with a title like ‘the most beautiful landscapes in the world’ or ‘top 10 greatest road trips’, chances are that Norway is on that list as well. If it’s not, then it probably should be. Norway has more than 25,000km of coastline, roughly half of which is located north of the Arctic Circle. Northern Norway is also known as the land of the midnight sun. Some of the world’s most stunning landscapes can be found in that part of the country. Below the Arctic Circle lay lovely cities and the most spectacular fjords. If you start in the absolute north and travel in a southerly direction, you will come across the following ten places and sights that are worth noting. 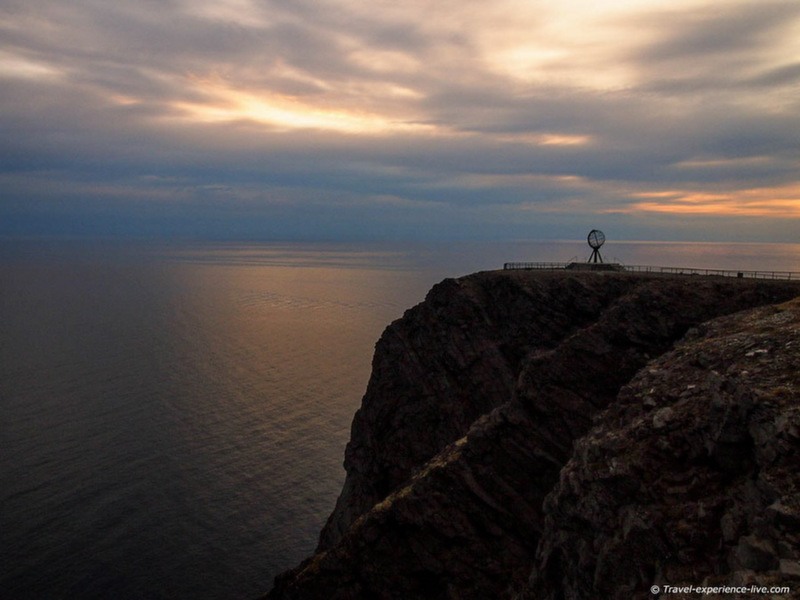 It’s remote and the drive there is absolutely beautiful and offers some amazing views. 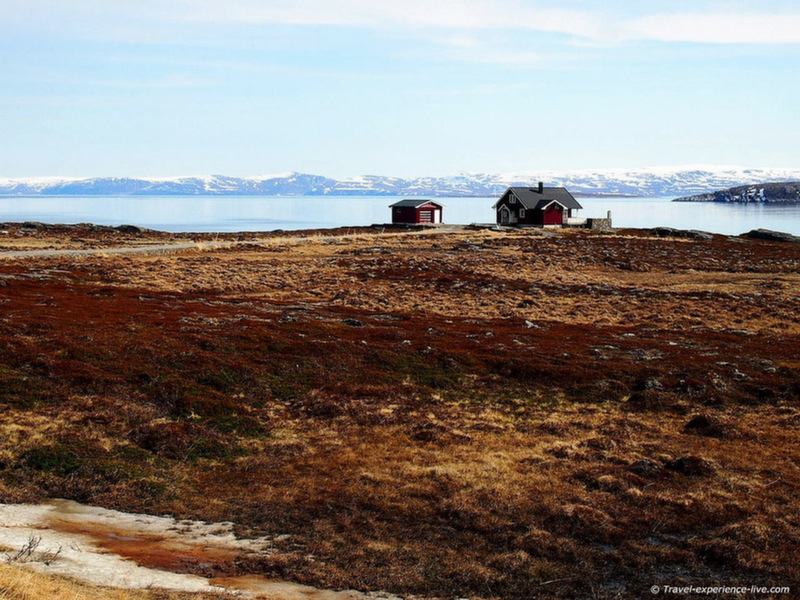 Imagine wide shallow rivers filled with salmon, mountains covered in snow, herds of reindeer, tundra, lichens and small villages with colorful wooden houses and you’ll have an idea of what county Finnmark looks like. Spectacular and empty, you couldn’t find a better place do some kayaking, fishing or hiking. In winter, take a hot sauna, jump in the snow and watch the northern lights bounce around in the sky. 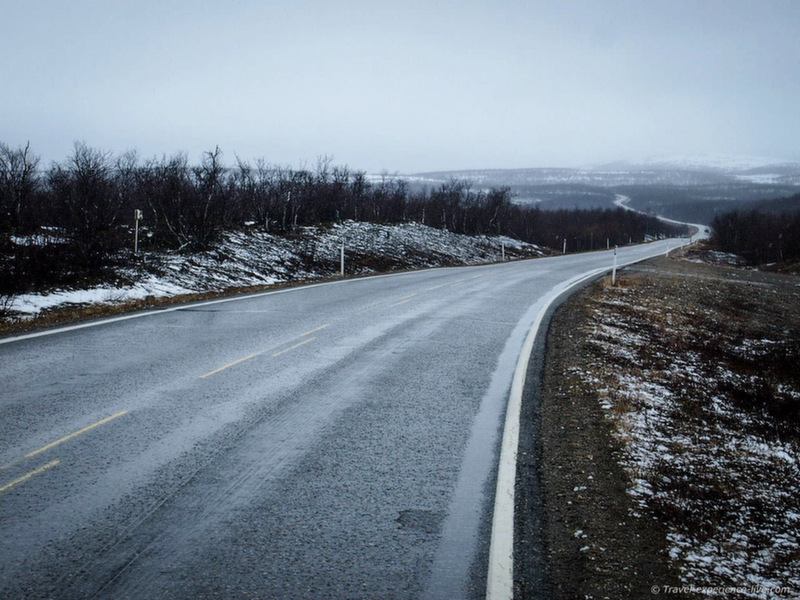 Still in county Finnmark, but a bit more south than the North Cape, lays Hammerfest. It’s sometimes called the northernmost city in the world, but with just under 10,000 inhabitants it’s more like a large town. It got bombarded a couple of times during World War II and the region is still dotted with bunkers and large anti-aircraft guns. 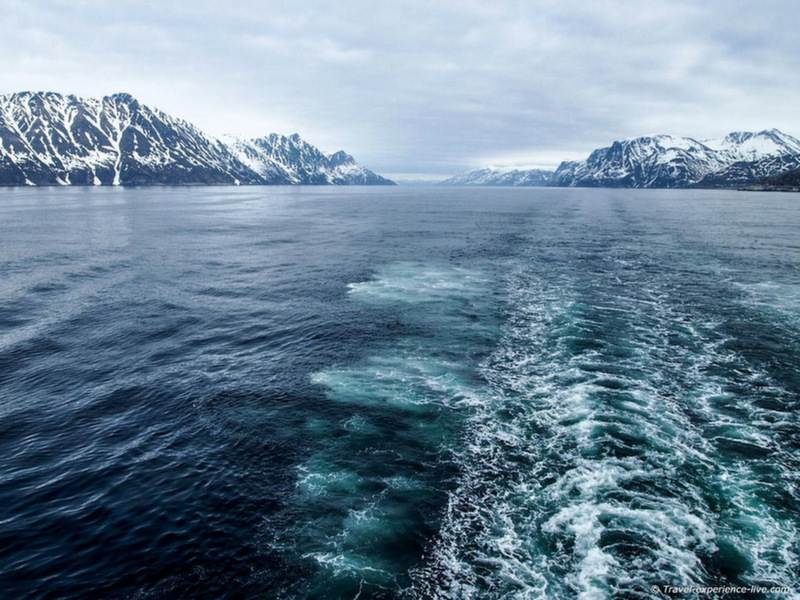 The Hurtigruten fleet steams through the Arctic Ocean and along the Norwegian coast from Bergen to Kirkenes and back. This is one of the greatest sea journeys in the world. The roundtrip takes eleven days and brings you close to pretty much all major highlights. 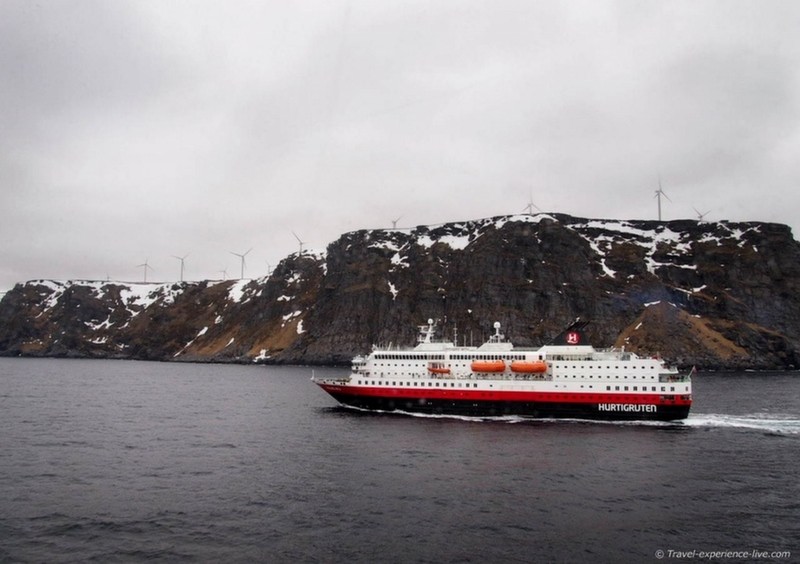 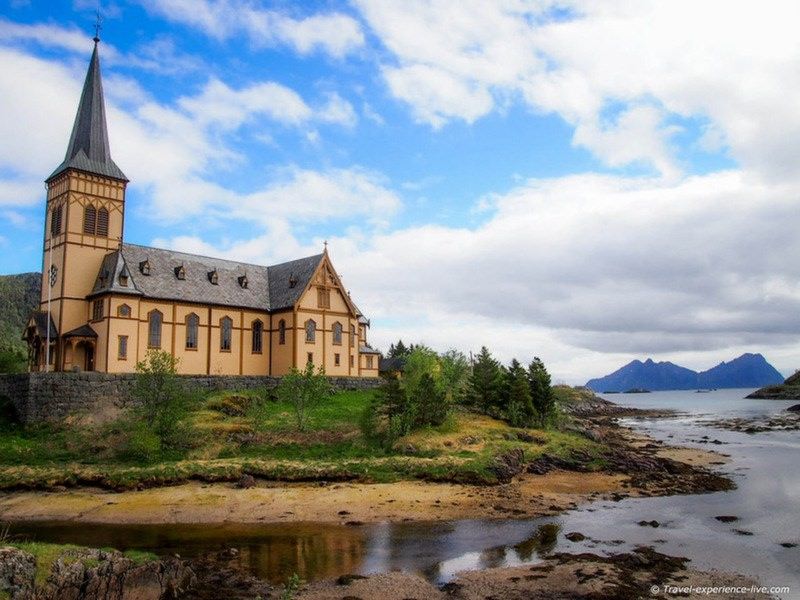 This archipelago still lies north of the Arctic Circle, but thanks to the Gulf Stream it has a surprisingly mild climate. It consists of several mountainous islands connected by scenic bridges. It’s magnificent, there is no other word to describe it. There are quaint fishing villages, phenomenal hikes, fantastic views and it’s great for cycling as well. 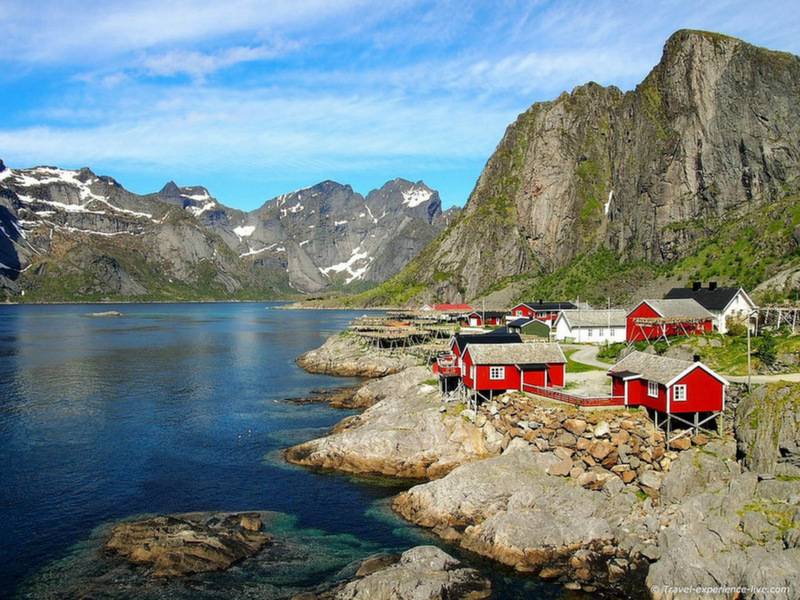 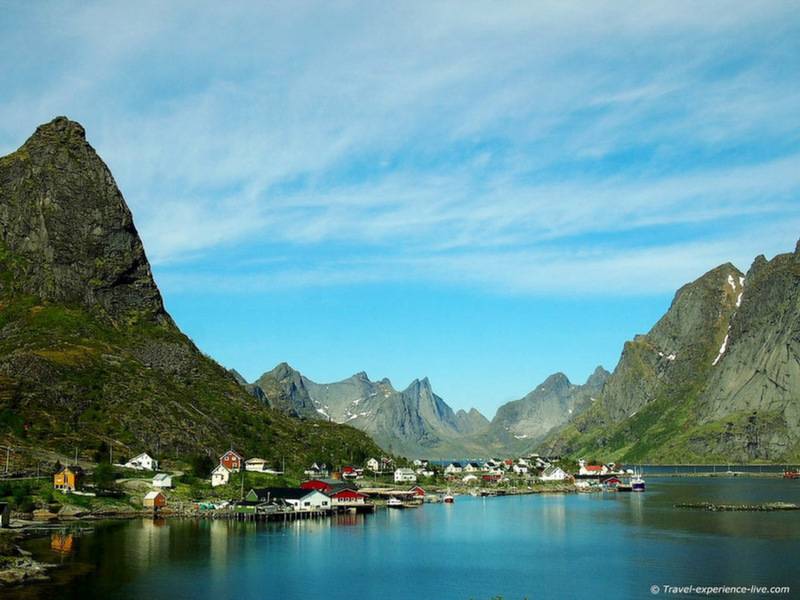 The city of Trondheim is steeped in history. It used to be the Norwegian capital during the Viking Age. That fact alone makes it worth a visit. Trondheim has a lot to offer; there are museums, no less than 21 churches, a fortress, a fantastic waterfront and the impressive Nidaros Cathedral, which is almost 1,000 years old. Bergen is arguably one of the most beautiful cities in the world. The harbor, including UNESCO World Heritage Site Bryggen, is stunning. Norway’s second largest city is surrounded by seven mountains. The summits of some of those can be reached fairly easily and offer spectacular views down on the city and the ocean. 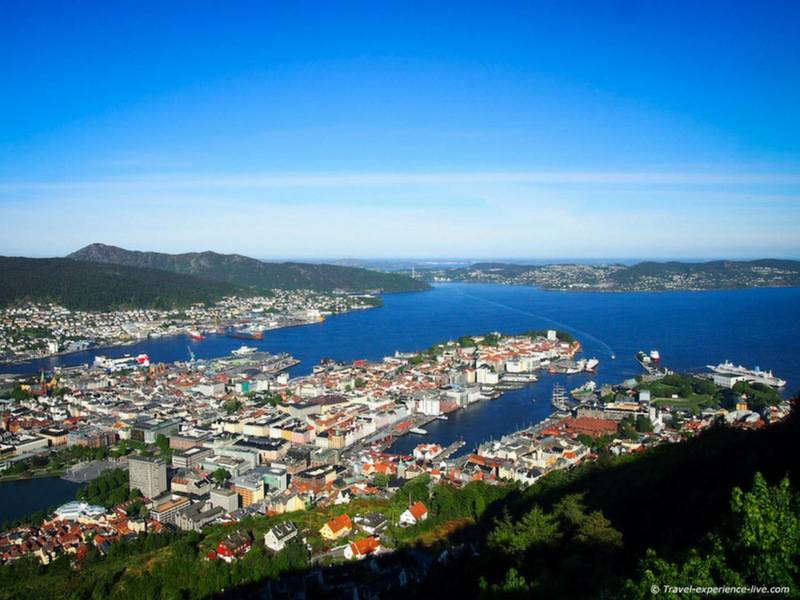 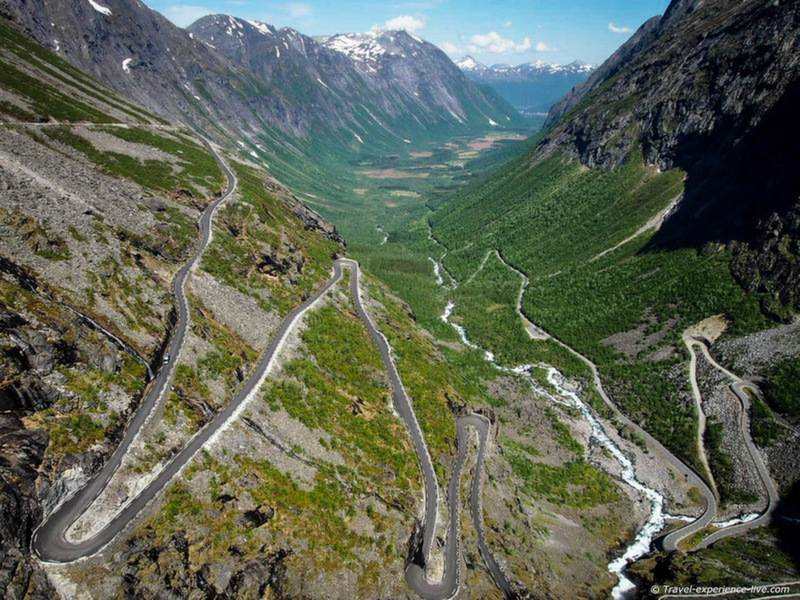 Eleven hairpin bends and an incline of 10% are needed to ascend the mountains in county Møre og Romsdal. The road is appropriately named Trollstigen, or Troll’s Path, and the views from the top are incredible. There is a visitor center and a viewing platform as well. 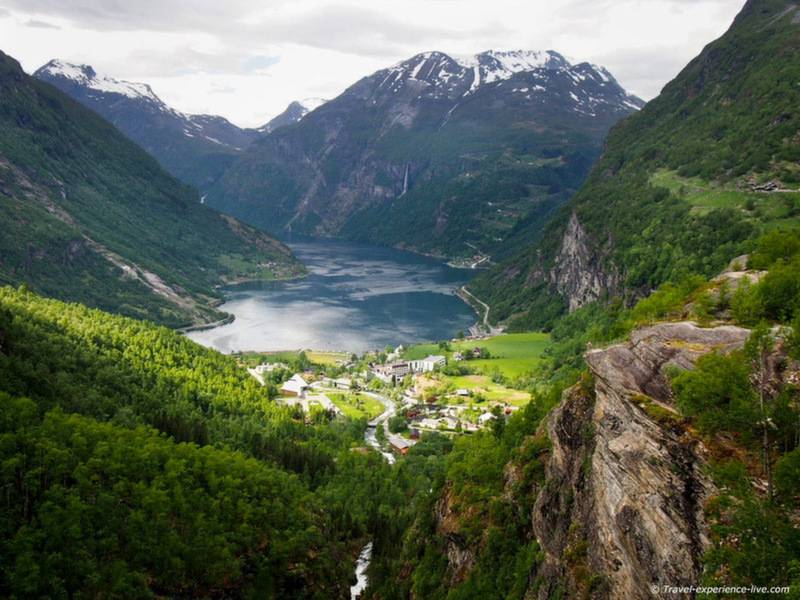 Norway is most famous for its fjords. The Geirangerfjord is one of the most visited destinations in the country. Also a UNESCO World Heritage Site, Geiranger is a popular port of call for cruise ships, large and small. The Sognefjord is an impressive 205 kilometres long, which makes it the longest fjord in Norway and the third longest fjord in the world. The fjord has several sidearms, which are smaller fjords themselves. While almost vertical cliffs rise from the water and reach heights of up to 1,000 meters, the deepest point in the fjord is more than 1,300 meters below sea level.

Those are only a few of a plethora of options that you have when traveling across Norway. The drive between Trondheim and Bergen is phenomenal; the Atlantic Road has been named as one of the most beautiful roads on earth. Further south you have Stavanger, the Lysefjord and Pulpit Rock and, of course, you can’t really skip museum-filled Oslo.

Bram Reusen has been traveling the world for almost four years. In the spring of 2013 he spent three months cycling from his home in Belgium to the North Cape in Norway and back home. He blogs about his experiences and adventure at Travel. Experience. Live. You can also follow him on Facebook and Twitter.