10 Adrenaline Junkie Sports That Will Blow You Away

Home/Lists, Sport, Ten Things/10 Adrenaline Junkie Sports That Will Blow You Away
­

10 Adrenaline Junkie Sports That Will Blow You Away

Everybody has their own unique ways of entertaining themselves. For some it’s collecting stamps and growing small vegetable gardens. For others entertainment includes hurling yourself off of cliffs and cruising at speeds of over 100 MPH.

Adrenaline junkies are a unique breed of human. They have an addiction to things that get their mind fired up – by putting their life on the line! The risk of danger (death) kick starts their adrenal glands and sends waves of pleasure throughout their body. In recent years there have been a lot of different types of sports emerging to suit the lifestyle of adrenaline junkies.

Standard skydiving is becoming old news. I mean, I even know an old man that lives across the street who signed up for a tandem skydive last month. This new type of skydiving requires the jumper to wear a wingsuit that allows them to fly long distances with an increased surface area. It is done from planes or base-jumps and typically ends with a parachute opening. The video below however, shows a crazy man who landed without one!

With the winter Olympics around the corner this sport is getting a considerable amount of attention. One of the things that makes this sport so unique is the many different styles. People lay their life on the line conquering large avalanche prone cliffs, performing incredible flips in super pipes, and racing down mountains at high speeds. 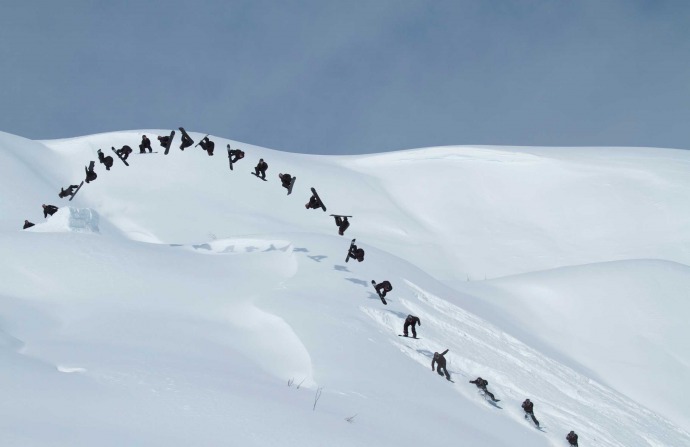 This one might seem a little weird, because it is. Ironing is no longer something you do before a job interview to look spiffy. Some people have taken on this new sport where they travel to extreme places and set up an iron board. Whether it is on top of a cliff, under water, or even in mid-air, these adrenaline junkies get the rush and a nice looking shirt out of it. 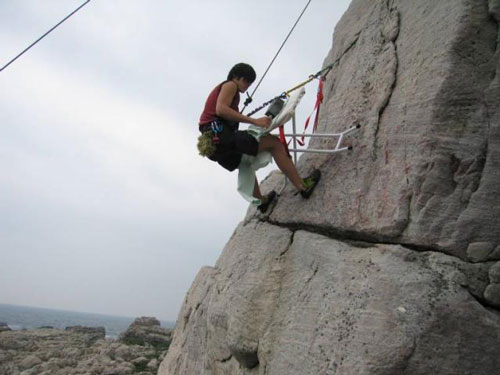 The stereotyped “surfer dude” might be categorized as a laid back bum but by no means does that mean they aren’t incredibly talented and brave. Surfers have stepped up the adrenaline in recent years and taken on some mammoth waves. One small slip up on a big white tipper and you’re shark food.

Have you ever been hit by a paintball? These small projectiles travel at high velocities and pack quite the punch. Paintball players put themselves at risk of being riddled with them in an effort to do the same to their enemies. This is the closest to real life war you can get without actually killing someone. 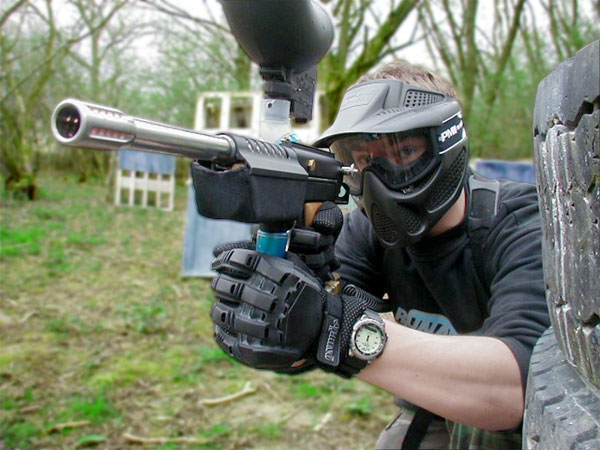 This sport takes us back to our primitive roots. We evolved from primates who’s main form of transportation was scaling trees and cliffs. Rock climbers find some of the most difficult climbing areas the world has to offer and attempt to conquer them with the risk of falling to their death. Definitely not a sport for someone that is afraid of heights. 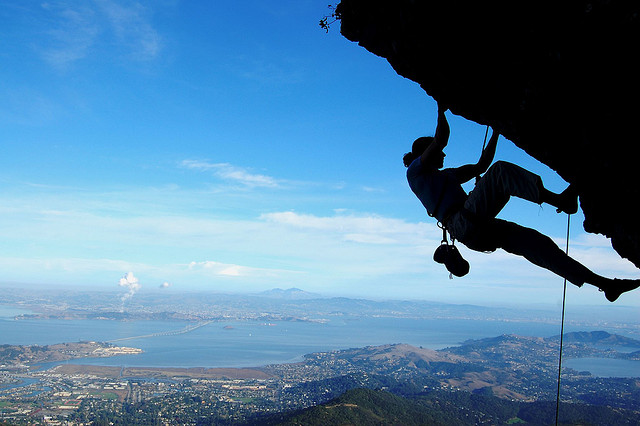 Back in the day Evel Knievel would hurl his large bike over a series of school busses to please a crowd. What the modern motocross riders are doing makes that look like child’s play. They travel at extreme speeds, launch incredible distances, and perform seemingly impossible tricks. Travis Pastrana is a prime example of an adrenaline junkie that has pioneered the sport’s development.

Kayaking is usually something fisherman and outdoorsy people do to relax. They float around on the peaceful water and enjoy the serene beauty of nature. For whitewater rafters it is a completely different story. They toy with death and hurl themselves at high speeds down long bodies of water. 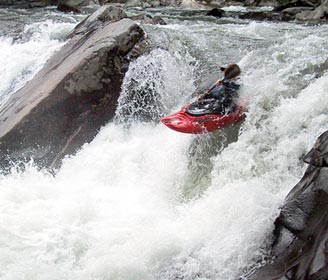 Imagine flying around in a plane just hundreds of feet above the ground defying physics with incredible tricks. Aerobatic pilots twist their planes through the air, usually leaving a trail of smoke behind them for their audience to marvel at. With one of the highest death rates this sport is not for timid people to perform in or even watch. 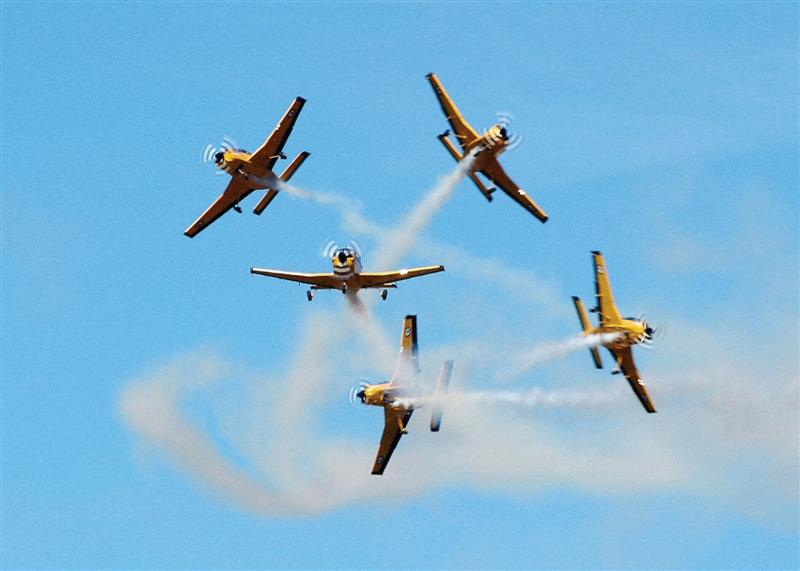 This sport began on the west coast of America when a group of skateboarders decided to lie down on their boards in order to achieve higher speeds. Now it has blossomed into a common hobby of thrill seekers who want to travel at speeds of up to 100 MPH using only gravity. At speeds like that you wouldn’t want to get the speed wobbles. We all know how unforgiving pavement can be. 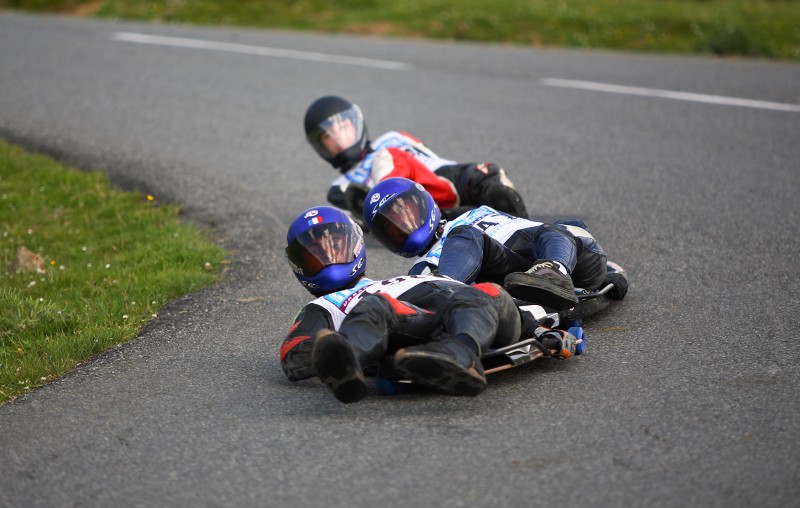 Do you have an adrenaline junkie story? We would love to hear from you!