In this week in amazing we will be discussing the the innovation in transportation that is happening as you read this. Feel free to drop us a note about something worthy that we may have missed!

Wind the clock back a few hundred years and first thing you might notice is the stench of horse faeces and the absence of gas stations. In modern times, the ultramodern advances in transportation technology are simply breathtaking. We view the journey from point A to point B as an adventure and continually invent new amazing ways to get there. These developing modes of transportation showcase how far humans have gotten in the past few centuries. 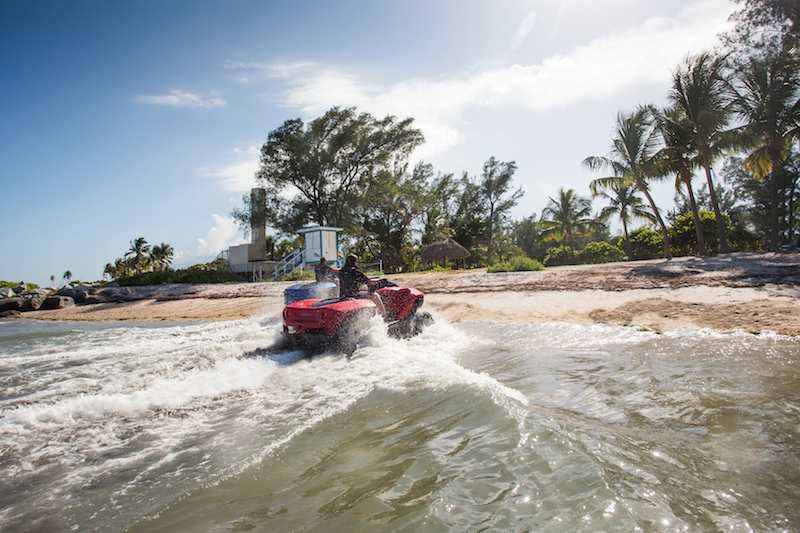 An ATV is defined as a vehicle that traverses all terrains with relative ease. The brilliant minds at Gibbs Sports Amphibians had one question about ATVs: what about water? They answered this question with their new Quadski, which combines the versatility of 4-Wheeler with the amphibious capability of a jet ski.

Lets just say you’re roaming over hills of sand on your Quadski and you come across a lake. Simply hit the transformation button and in around 5 seconds you’ll be cruising over those waves like you were the offspring of Aqua Man and Michael Phelps (I know they’re both men, but were neglecting logic here). The vehicle can reach speeds of up to 45 mph on both land and water, a record for amphibious vehicles of this kind. 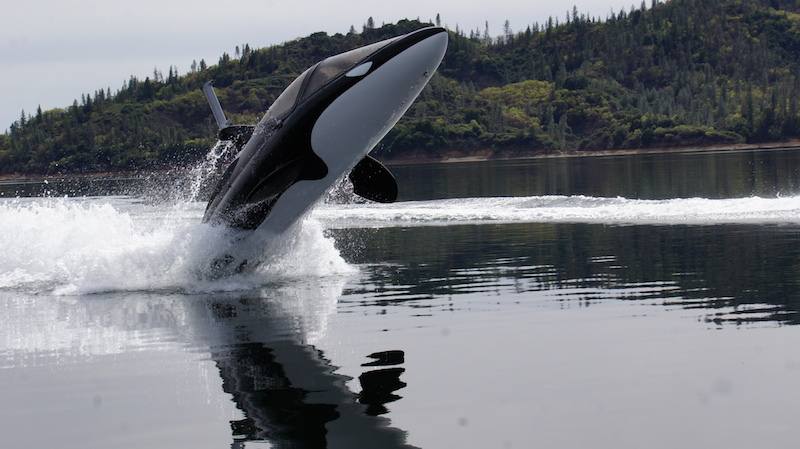 Oh what, simply gliding across the top of the water wasn’t enough for you? How about a submersible robotic dolphin boat? Yeah, that’s a real thing. This two seated beast of a marine vehicle can cruise around on top of or underneath bodies of water. Not to mention the customized paint jobs are ridiculously awesome.

Seabreacher’s most advanced X model boasts a 260hp engine and an advanced thrust system that actually mimics the swimming techniques of real dolphins. You can spring up from the water and get some air to scare the crap out of tourists or simply glide on top of the waves looking like a mechanical sea creature. Plug in your mp3 and jam to the marine audio system while inspecting the interior LCDs connected to multiple waterproof cameras. 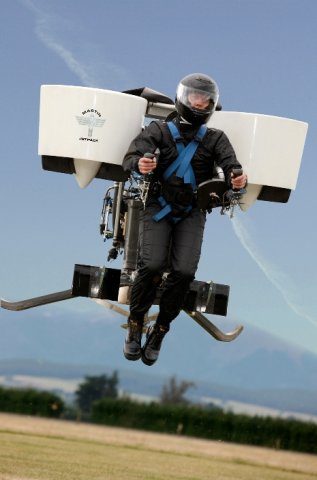 Science fiction continually raises our hopes and desires for functional jetpacks. Unfortunately, they aren’t commercially available just yet.  Thanks to innovations from the New Zealand based Martin Aircraft Company however, you may be using one to fly to Wal-Mart or school quicker than you think.

The Martin jetpack model isn’t exactly what you would imagine with a commuter jetpack. Renowned as one of the world’s first practical models of jetpacks with remote control capability, they’re stirring the interest of investors. Currently, the model has flight times of over 30 minutes. It can reach over 800 feet altitudes and zip around faster than 70 km/h. It currently serves as a first responder vehicle but the company has announced working on a jetpack for leisure and personal use in the near future.

We’ve waited, prayed, and watched the Jetson family in envy for flying cars. Terrafugia has answered our prayers by pioneering new methods and techniques to devise plans for practical flying cars much sooner than we anticipated. Their first product, the Transition, has been declared the first practical and safe flying car.

It comes equipped with automated wing folding, two seats, cargo space, and simple controls that most people can learn with enough practice. For safety purposes, there is a vehicle parachute, many airbags, crash safety features, and a fuel-efficient engine. Think it will be a gas-guzzler? Guess again, on the road it gets up to 35 miles per gallon and reaches speeds of up to 100 mph.

Did this article interest you? Check out the London Skycycle program, a bicycle path thought up by an architect that would allow citizens to ride bikes over the heads of civilians!

What do you think about these amazing leaps in transportation? If you could make a futuristic vehicle what would it be like? Share your thoughts with a comment below!